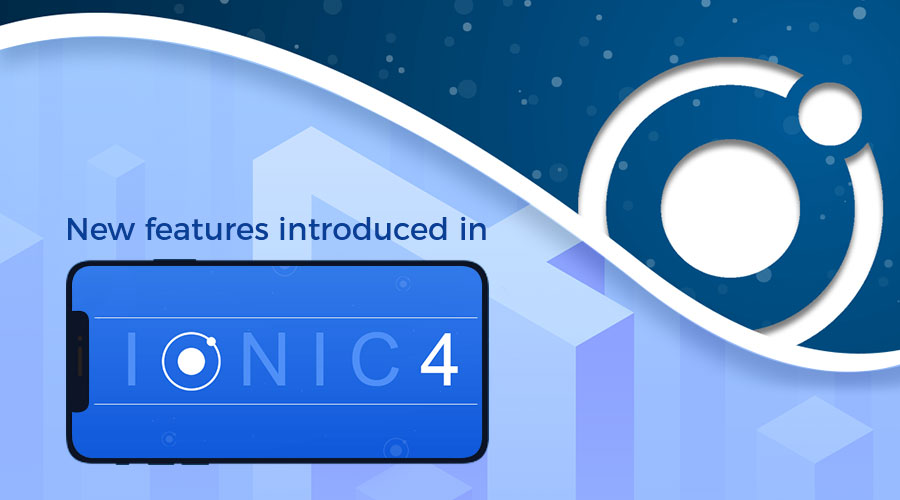 Ionic 4 is the first version of the hybrid mobile application development framework to completely grasp modern Web APIs, for example, Custom Elements, CSS factors, and Shadow DOM. It is significantly to complement that Ionic 4 has continued to be Angular’s leading mobile solution by embracing new Angular features and tooling.

Ionic 4 was launched in the month of January in 2019 and it’s on the same lines of Ionic 3.  Ionic 4 has been introduced with some up-gradations in performance and time improvements, functionality, multi-framework compatibility, strong theme capacities, and documentation.

The main object of the iconic 4 is to make the Ionic framework stronger for developing mobile progressive web apps that have access to native device features. Ionic 4 has come up with some exceptional tools, concepts, and technologies such as Stencil, Capacitor, Ionic Native 5 and Ionic PWA Toolkit. With Ionic 4 you can use Ionic components with Vue, React, Angular, etc.

Now, let’s discuss what new features introduced in ionic 4 is

Web components are a set of web platform APIs that empower you to make new custom, reusable, exemplified HTML tags to use in web pages and web applications.

Ionic 4 Framework has been completely revamped starting from the earliest stage using standard Web APIs, and each component is packaged up as a Web Component. With this, Ionic 4 has brought little more improvements in functionality as these components function furthermore towards browsers without writing code repetitively. This is necessitous to build high-level progressive web apps.

Stencil is a new web component compiler. Ionic 4 is built completely out of web components. It can work with each framework and use every extra API, such as Virtual DOM, TypeScript async rendering, and JSX. Due to this, you can use Ionic 4 just like any other web components library with minimal to no overhead.

This is a cross-platform API and which is also known as code execution layer that makes it simple to call Native SDKs from web code with ease and write custom Native plugins which an app might require. Also, Capacitor provides top-notch progressive web application support so you can write on the app and deploy it to the mobile web, and the app stores.

These are used to how to declare fragments of markup that which can’t be utilized at page load but they can be represented later on at runtime.

Below are some new components which are introduced in Ionic 4.

Ionic 4 framework is still in its Beta version and more features are expected in the coming days. Hopefully, it will take the Ionic application development to another level and will develop the cross-platform app which can run on the desktop, web, as PWAs, and mobile platforms.