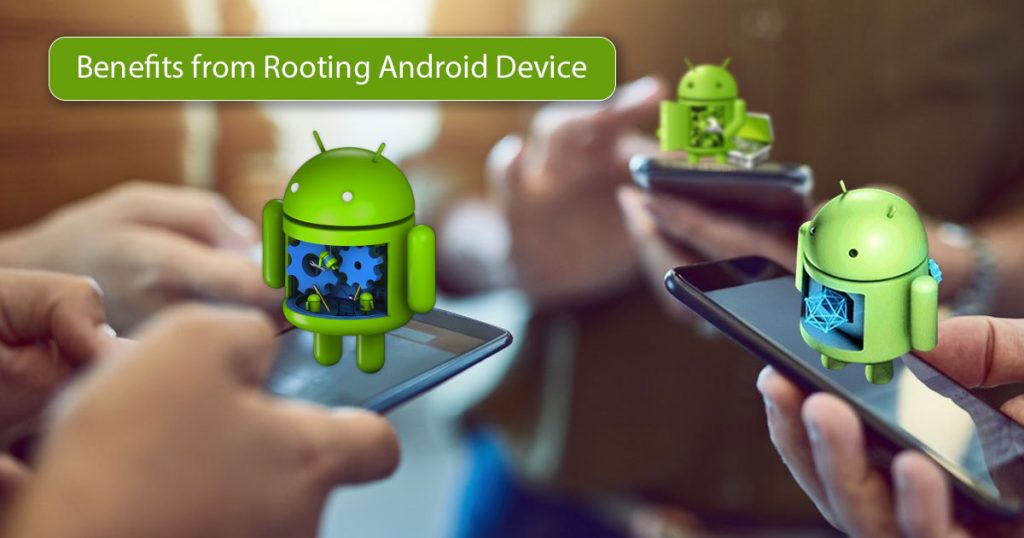 The primary reason why Android could build an identity of its own when the iPhone was already the most prominent smartphone contender in the market, wiping out Nokia’s Symbian OS and Samsung’s Bada OS, was customizability.

Android truly allowed us to have a personalized touch at our phones, unlike Apple’s not so open-source environment.

However, where Android leaves iPhone miles behind in the race of customizability is root access, or simply called Rooting.

Now many may argue about how iPhone’s Jailbreaking is similar to Android Rooting, but the difference is enormous.

The former allows you to remove software restrictions from your iPhone, enabling you to install third-party apps on your phone, whereas the latter can do the same and more.

By rooting Android, not only can you install third-party apps, but also boost the hardware performance of your phone, clock up the processor, enjoy super user rights, and much more. In simpler words, Jailbreaking is nowhere near in offering what benefits of Rooting Android phone does.

In this article, I will cover what benefits you gain from rooting your Android device.

Most of the people feel scary when they here and talk about rooting, but here’s the look for the few remaining uninitiated.

Rooting means the act of obtaining access to commands, folder locations, and system files, which are generally locked offers for the user.

In simple words, Rooting Android can be thought of as promoting yourself from a typical system user to an administrator, with additional risks & freedom that come from more control over the deeper workings of your device.

More specifically, adding rooting files to Android means becoming a super user. It is a Linux function that you may be aware of in many ways then; you could see this more as restoring a feature that should have been there, to begin with.

Rooting is no longer always important for flashing a custom ROM. Moreover, it is advisable to root Android in some cases to make use of the most exciting features.

By gaining root access, you can alter the device software on the very deepest level. It involves a bit of hacking too, and it voids your warranty & if there is a small chance, it can completely break your device forever.

But you know what?

It is still totally worth it for all the goodies you get access to.

Low-level software that can develop & restore full system backups, and it will access before the primary operating system.

Lowest level software on your device that starts up recoveries and then the main OS (Operating System).

A command-line tool that is a slice of the Android SDK, which supports communication between an Android device and a computer

Reasons to root your Android Phone

The default Android system backup allows you to back up your relevant data like contacts, emails, system settings, purchased content, smart lock data, and more. But is that enough? What about essential files? And media files, including those photos and videos you shot?

Well, for everything that Android automatic backup does not cover, we have Titanium Backup and similar apps, which provide you with a complete backup solution for your smartphone.

Nevertheless, for these apps to operate on your phone, you need to have root access. Another reason to root your device, right? Hold on; there is more.

How many times have anonymous or even legitimate ads have ruined your experience of your favorite app? Running out of fingers to count, Makes sense!

However, the good news is that once you root, you don’t have to live with that. You will be able to fully control which apps shall display ads and which not, though eventually, you will end up not seeing ads on any apps because it is just so much better than having ads annoy you every minute.

Although the Google Play Store shows you a list of all the Mobile apps registered with it, it doesn’t allow you to download all of them. And trust me, when I say that there is a lot that Google Play Store holds in its treasure.

For instance, take a tasker. Tasker allows you to automate just about everything your Android smartphone can do. With more than 200 built-in actions, you can schedule time-based and action-based tasks such as media player control, brightness control, volume control, and much more.

But to use all the features, the Tasker needs root access. However, there are a few apps that you can download and use without rooting your device and enjoy similar features. But in no way, such Android apps provide hardware.

The more you explore the positives of rooting your phone, the more you will discover that it gives you control over some of the most untouched aspects for a generic android user.

To enhance the processing power at the cost of better battery life, users can overclock or increase the processor speed to achieve a higher performance quotient than that set default by the smartphone manufacturer.

A statement passed generically, in general, doesn’t apply in all scenarios. But when I say nobody likes those bloatware applications that are shoved down your throat every time you buy a new phone.

Well, useless apps being forced upon you shouldn’t be a problem unless you can remove them because Google embeds that power in the system settings, which you being a generic android user, don’t have. So what do you do? You simply root.

Once rooted, you decide which app stays on your phone and which not. Although, even without rooting, you could have disabled the apps that you don’t want to see.

But where is the fun in that! Besides, in the latest Android versions, some of the apps you can’t even disable. But with root access, you can remove even those apps. Overall, to have complete authority over your device, root.

Millions of Android users rely on Google to have a fresh experience with the release of a new Android version. But remember those times when the transition from Jelly Bean to KitKat was nothing more than a little touch-up. Or that time when Google transitioned from Lollipop to Marshmallow? In terms of design and UI, would that even be considered a transition? For some, maybe not.

Moving on (but hold on to the last paragraph in the back of your head. I will come back to why I mentioned that). There are times when you think your phone deserves the latest update because some of the devices with the same or even lower configuration already got those updates. But for some reason, your smartphone manufacturer would not release the update for your device. Disappointing it would be, but there is nothing you can do about it.

And sometimes, just for the heck of it, you want more customizability than what your phone manufacturer offers. New themes, new feel, more power, and a smartphone that stays on the edge when it comes to performance; who would want it all.

The answer to everything I have talked about is rooting your smartphone. In a more elaborate sense, Rooting empowers you to install custom ROMs, which are nothing but amped up or modified versions of your custom Android ROM. Some of the most popular custom Android ROMs are Paranoid Android, Cyanogen Mod, and LineageOS. Root and get these ROMs to feel the difference and unleash the potential of what a smartphone can genuinely offer.

I remember those days where all the phones are very slow. Well, not all, but they all wanted that some extra push.

A trendy thing to do among root users was overclocking the process to make things more snappy. But, now even mid-end smartphones are pretty fast, so there is no much of a necessity, but some still want to fasten things.

But, even if overclocking is no longer as popular, you will find that altering processer speeds is convenient.

When you got a super powerful phone and thinking to save battery? Why not underlock the processor? Sometimes, we don’t need all the power our specs have to offer, and we could use saving resources. It makes one of the most unnoticed benefits of using rooting apps/phones.

Android is one of the known and most customizable mobile operating systems in the market, which is one of the highest positive things, but if you do rooting your phone can really go nuts.

If you want to make a complete change, you can download custom ROMs that will not look like Android at all.

Want your gadget to be navigable entirely by gestures?

No problem, just install GMD gesture control. Prefer a sliding keyboard when you are using the phone in portrait mode, but a tapping, predictive keyword when you are in landscape mode.

So, it is better to go with a keyboard manager that will automatically switch among your keyboards of choice when you rotate your phone.

Additionally, you can add extra features such as widgets, and you can also change the way certain features behave or look, like the notification bar or lock screen.

Tethering has long been a common reason to get root access. Carriers like to block & remove tethering from Android phones. They want you to buy a separate plan or more data. But why should it matter how you utilize your data?

Rooting allows you to use apps to turn your phone into a mobile wifi/hotspot. And remember, it is not something you should all the time unless you want your carrier to catch on, but it is very much useful in some situations.

So, use your data freely.

If you are a crazy person like me who always likes to fiddle with every little feature both on front-end & backend, then, of course, is rooting is perfect for you.

Whether you need to customize your keyboard layout with something like keyboard manage or else give faster scrolling, other themes with pimp my ROM, and improved multitasking.

Rooting gives you the advantage of tweaking any corner you think of. If you want to do it, probabilities are someone over a forum like XDA who has developed a mini-app or squeeze that will help.

Here were some of the reasons why you should opt for rooting. However, if you were not a professional developer, we would advise you to take the help of some professionals. Because if it is performed wrongly, you may end up your phone as a paperweight for the rest of its life.

Here is the solution, i.e., FuGenX Technologies, one of the top mobile app development companies in Dubai, UAE.