Choose the Best one for Android App development? Java or Python? 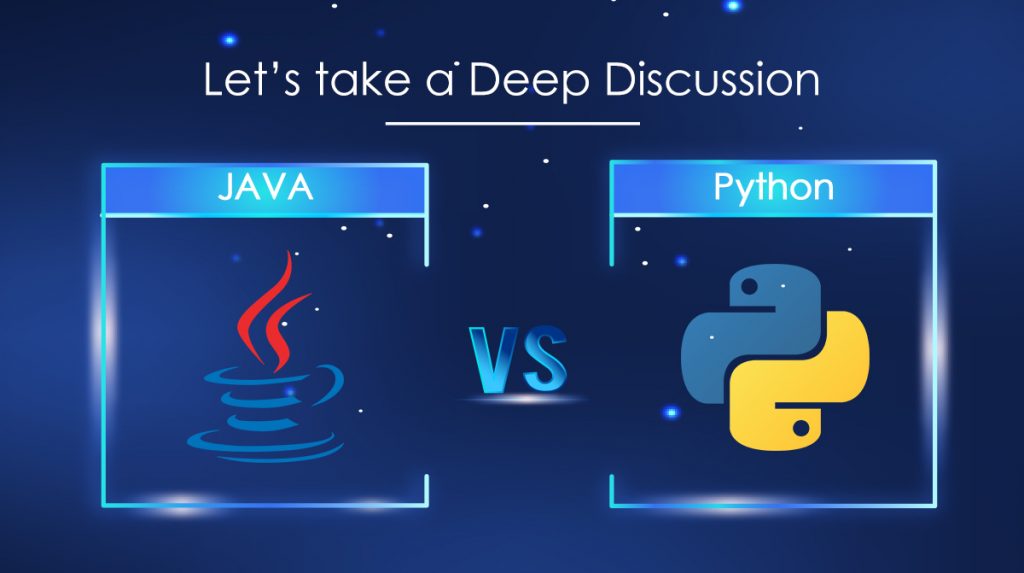 In the first case when you think about developing an android application, there are many languages available but among all the best list consider java and python. So let’s take a deep discussion of java and python. Many people have this doubt of which language is best for Android app development, java or python! Before figuring out which is the best let’s go into some deep pros and cons of both the languages. There are several points to consider in deciding which language is best among them to make an android app then at the end you can consider all after you can decide which language is to choose. So, let’s get into the topic,

Java is one of the popular programming languages since the 90’s. Java is ruling the world of computer science since the 90’s with its incredibly strong support of an expansive community and the interest to learn Java is quietly increasing day to day. Its tagline “write once run anywhere” attracted many developments into java. In the best android app development, the java is the first option for the native applications. Java code is run by a “virtual machine,” which runs on Android devices and interprets the code.

Even though the java is easy to learn and many people prefer Java for its independent platform and secure structure, using virtual machines its object-oriented Android relies heavily on these Java fundamentals. Java is the one language which has more apps on the google play store with which they are made with. Although it’s one of the old languages when compared to the python and remaining, it’s been changing its way and challenging remaining android app development languages. The Android SDK includes many standard Java libraries as well as special Android libraries that will help you develop awesome Android applications. OOPS, application development is made easier and it also helps in making the system module more extensible and flexible.

While Java is trending from 90’s, here is python to give a tough competition to java with its incredible features and it enables quicker turnaround times with a quick set up. Python is an interpreted high-level programming language for general-purpose programming. Python has reached almost a new level of popularity these days, everyone is looking to learn python for development. Its performance and compatibility are very good because of Python on Android use a native CPython build.

One of the best thing for some developers is that Android has good SDK out of the box, which makes it possible to replace Java with Python. Dynamic typing instead of static typing is a great advantage of python. While java requires some variables to be defined, they should be declared at the first. But in python, it allows the developer to change the type of variable during development process also.

So, here we have discussed the points of Java and Python. At the end of the day, the choice of choosing the language in Java or Python is all up to the type of application and its requirements. Choose the one which is appropriate for the app requirements.

Want to Develop an Android App for Your Business?

If yes, FuGenX will help you do it amazingly. As an experienced Android app development company in Dubai, FuGenX can develop supreme quality apps that people love to use and share with others. It has helped many businesses in their growth.

July 1, 2019
Posted by : Nurus Saba
0
0
Drones are a buzz today, not just in military applications, everywhere, even in scientific, recreational,...