The pace with which UAE is turning into a technology haven is simply amazing. Referred the most progressive and technology rich region in the entire Middle East, UAE is the place that comes on top when it is about adding the most advanced and expensive technologies to the tech museum the entire Emirates is. Recently, Dubai – one of the seven emirates – has been in news for the electric car deal with Tesla, negotiations with Uber for the upcoming airborne taxis, smart automated gateway at airports, and what not. However, UAE doesn’t itself go down the lane of innovation, rather believes in collaboration, and has made some notable advancements by collaborating with some of the biggest tech firms and incubators, and here are some of them: 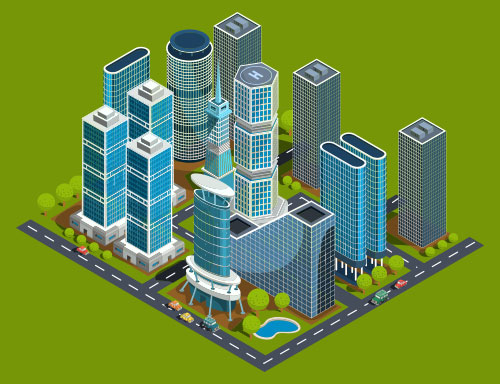 One of the biggest investment groups in UAE, the TECOM Group recently shared with the media that it now holds more than 5600 firms under its umbrella, which means more technology solutions coming up in the region. Something to be remembered here is that it is the same TECOM Group that pumped about $1 billion into Dubai’s tech infrastructure, the proof of which are some of the subsidiaries of it like Dubai Media City, Dubai Internet City, and many other innovation incubators in the city. At present, TECOM is playing a major role in the development of Dubai, with a large workforce and a will to educate and help Dubai grow as a technology haven. Facilitating better infrastructure and grow environment for tech majors such as Facebook, Google, Samsung and more, one of the subsidiaries of TECOM – Dubai Internet City has fostered the right kind of atmosphere that has been needed in UAE for years.

Read Also: Here is Why UAE is a Tech-pioneer

Another major announcement in May 2018 where Oracle declared its support for Dubai Internet City’s in5 incubator for faster and long-term development in the city. Oracle has immense experience in software development and has always kept up with the technology trends to stay relevant in the market. And now, with its expertise in the sector, the US-based software giant is set to guide Dubai on the road to becoming the smartest city in the world. As per the officials from Oracle, in the next few years, the company will help Dubai tech startups and organizations achieve better understanding of smart and automated technologies such as artificial intelligence, machine learning, predictive analytics, robotics, and basically everything that can help the city achieve automation in public services, as UAE’s major focus for now is to create smart tech across the city of gold in as many public service terminals as possible.

Supposedly, Oracle’s plan to educate Dubai on various technological fronts is via meet-up events around the city, conducted exclusively for DIC’s in5 incubator startups and companies. Dubai anticipation to welcome Oracle as well has been quite positive, as Abdul Rahman Al Thehaiban, senior VP of Oracle in Middle East and Africa stated that an Oracle Digital Hub was set up in 2017 to facilitate the company’s expansion for cloud technologies. The major companies to benefit from cloud technologies in Dubai are going to be from the small and mid-sized category.

The scope of IoT in UAE is insane

According to Sameer Areff, COO of SAP Middle East South, at present, UAE has high adoption rates for smart technologies like AI, Machine Learning, IoT and others. While the word smart may have different meanings in different contexts, in terms of technology that connects a city, it is all about integration of different technologies to build a system that facilitates flow of information to run various subsystems. And this is exactly what the Emirati leaders are aiming to achieve. Consequently, the demand for IoT-based solutions are quite high among tech industries. As per a report by MicroMarket Monitor, the IoT market in UAE is going to take a leap with a staggering CAGR of 28%. A clear indicator of what UAE has in mind, the total market capitalization of IoT in UAE is poised to reach $35 billion US by 2019. This is probably the highest estimated IoT growth rate among the regions around the world. As an infrastructural base, Dubai is also promoting the use of blockchain to enable uninterrupted and secure transfer of data across terminals for traceability. Subsequently, the UAE Blockchain Strategy 2021 is aimed at building a blockchain infrastructure in Dubai, as a pilot project, which, upon succeeding, will be implemented in other major cities as well in UAE, like Sharjah, Al Ain, Abu Dhabi and more. 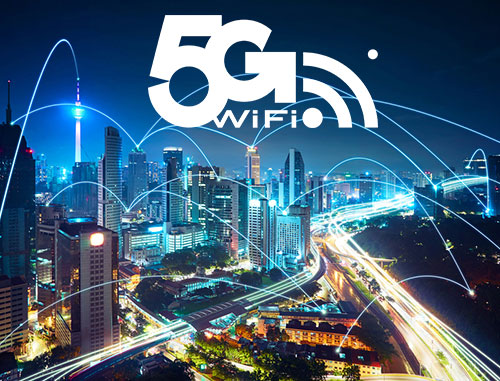 Last year, Samsung was one of the first companies to give the world a demo of what 5G services are capable of. Displaying speeds above GBs/s, Samsung gave a clear demonstration of what 5G can offer to industries as well as individual users. And now, one of the biggest telecom services provider in the Middle East and North Africa (MENA) region, Etisalat has launched the commercial 5G network, which is bound to unlock new potentials in the tech scenario in the region. Reportedly, a drone using 5G bandwidth showed off its capabilities in wider controls and 4K streaming while on the run, during a demo exhibit conducted by the telecom giant. The move was clearly an effort to get people and Emirati industrialists see the range of industrial applications 5G networks can handle, apart from the amazingly smooth calling experience.

However, for now, only the wireless version of the 5G has been announced for the region and the highly anticipated fixed 5G services are en route, as per the officials of Etisalat Group.

The technological canvas of UAE has always been open for innovation and creativity, with undoubtedly a special emphasis on making Dubai, a tech haven for those enthusiastic about it, as well as tourists. In the last couple of years, some of the most shocking tech innovations, mostly in a positive sense, have been brought to UAE. Notably, Sophia the first humanoid robot, was given the citizenship of UAE in a very engaging press event where Sophia itself was present, and answered some really complicated questions like a pro. But citizenship to a robot? The move may have been unique at a glance, but was it necessary. And if yes, how so, from a productive point view?