How does blockchain technology relate to mobile app development? 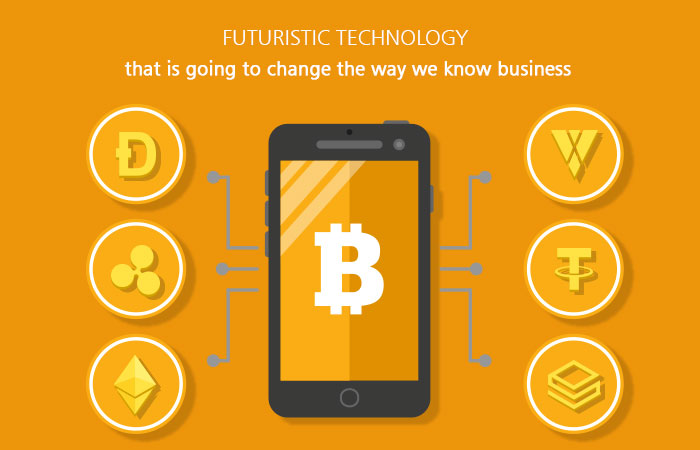 Revealed in 2008 by an anonymous figure that goes by the name Satoshi Nakamoto as Bitcoin, Blockchain technology by now is a term that we all have heard of by now. Some know it simply as Bitcoin, which is, at present, the most lucrative investment option, and also the most risky at the same time, while some know it as a futuristic technology that is going to change the way we know business, and even our day to day tasks. To its timeline, over the years, blockchain technology has added some very big achievements by innovating some of the core sections of the technology space such as payments, energy, security, blockchain investments etc. When it comes to implementation, blockchain technology is quite easy to build solutions over it, which makes it quite suitable to work with, for mobile app development companies. In this article, I will give you insights on how blockchain technology is already working with mobile app development scenario to build mobility solutions that are decentralized, open-source, and hand over the control directly to the people, over their money, their assets, and most importantly, their activities in the digital space:

Think of blockchain as a base, a foundation

There are some very confusing terms that revolve around the blockchain space like block, hash ID, hash rate and more. While understanding these terms will certainly bring you some technical clarity and insights on how blockchain works and also about the internal operations of it, understanding the purpose of blockchain needs no technical expertise. In very simple words, blockchain is a just a permanent, tamper-proof way of storing data in an always-verifiable, peer to peer structure, which is decentralized and allows anyone to verify data pertaining to an exchange, purchase, transfer, transaction and other activities that represent exchange of value. Now that may seem very limited of blockchain in what it does, but if you really think about it, everything that happens around you, offline or in digital terms, is related to data. You buy a house, you get an ownership document; the document stores data. You buy a refrigerator, you get a warranty card with date and name on it; the warranty card stores data. When you deposit a million in your bank account, it is not the physical money that changes into the electronic balance that you can check with your smartphone. Banks records data, electronically, about the amount you deposit in your account and allow you to spend it electronically via ATM, credit, debit or internet banking. It may sound a bit alienate, but blockchain can be used even in the education sector to track student progress, by storing data about their progress, their grades, though it may need some AI integration, which blockchain is more than ready for.

How mobile can take up blockchain technology?

In order to use blockchain technology at the foundation of mobility solutions, app development space will have to adopt decentralized application development, or simply called DApps, which is a latest mobile app development technique for creating blockchain-based smartphone applications. Most of the DApp developers are from usual programming background with additional specific programming languages made for building blockchain solutions like Solidarity for Ethereum, C++ for coding applications, JavaScript and more, and some technical skillset in skills such as polymorphism, code isolation etc. To create the blockchain as well, you will need the same set of programming languages and skills. However, there already are many blockchain solution providers that allow a layman with programming skills to create their own blockchain and crypto tokens from the scratch.

How blockchain has affected the current tech scenario?

With the required tools, there are many blockchain developers who have successfully created mobile applications instilled with blockchain at the core. Earlier, there was an impression that blockchain solutions may be hard to find and adopt, for general public. But as blockchain-based applications hit the mobile app distribution stores, it became pretty clear that blockchain-based mobile apps are just as accessible as any mobile app on Play Store or App Store. Recently, some of the revolutionary apps like Byteball, Gulden and more, proved their mettle as some of the best smartphone applications that can be used for quick, smart payments. Apart from that, there are cryptocurrency wallets that are being used by millions to make money transfer, and pay with the same wallets. This is a huge shift, especially when it hasn’t been many years since we were exposed to mobile and electronic money.

What we have seen in the timeline of blockchain technology so far is just a preview of it as the world has only started to see the utility of blockchain in various industrial applications due to huge streams of data being generated from different sections of these industries. In the near future, we are sure to find some very functional mobile apps on generic mobile application distribution stores. But then the other side of the story is that blockchain app development companies will attain absolute domination over app development companies only if they solve some of the biggest challenges branching out from scalability and latency.