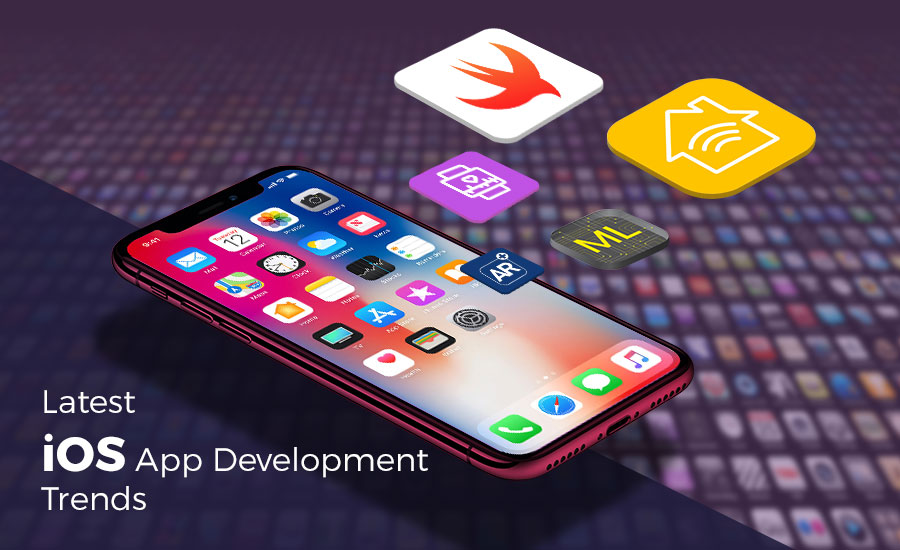 Hence, it comes as an insightful move for every one of the iOS app developers to be aware of everything of the latest trends that they can hope to develop before the end of 2018. The below are the trends that are driving in 2018.

Apple introduced a machine learning framework called CoreML. CoreML empowers iOS application developers to build an app with a few lines of code. CoreML, makes it possible to integrate trained machine learning models into the iPhone app. Also, it helps in making the iPhone apps, more feature-rich. Memory footprint and power consumption can be minimized using the CoreML which is optimized for on-device performance. The best part of using it in iOS app development is to upgrade security.

AR has been in presence for quite a while, and we have seen a dedicated effort investment by organizations. A host of cool AR apps is currently exciting the visual senses of iPhone lovers with the introduction of iOS 11 and its version. Apple made ARkit that helps developers in developing apps based on augmented reality. Amazon also announced the Sumerian App platform, which supports Apple ARkit. It allows iOS app developers to build AR, VR, and 3D apps perfectly with the iPhone and iPad. We can expect endless opportunities for mobile application developers to tap during 2018.

Swift and its implementations

Swift 4 is a programming language introduced by Apple recently, will support both, the iOS and Linux operating system. Swift is highly popular among the iOS community due to its versatility and robustness. It is more reliable for iOS developers to use Swift 4 for app development as the apps are speedier and consume less memory on your device. Therefore, we can expect that the iOS applications to be more secure and developed in a faster timeframe.

This trend has already started and it is only expected that it will become significantly greater by the end of 2020. There are as of now some stunning wearable devices, including Apple Watch series 2 and Google Daydream. In the years to come, wearable devices will quit being limited to industries, for example, health care as they are relied upon to be utilized all over, to direct different mobile app development trends that are yet to come.

This is just an amazing creation by Apple Inc. for the future. HomeKit is a framework designed for home automation. This platform is a friendly and functional option for anyone who owns an iPhone or iPad and needs to make a DIY smart-home system. This is one application for all home accessories. You can turn on the lights or AC from your iPhone. This bleeding edge technology allows iOS developers to create such applications that can associate with Apple Homekit to manage all your home appliances.

These Technologies will fuel the profitability of an iOS app development company which depends on the specialized skill of its iOS developer’s team.

Increase your business productivity, grow your market and promote your brand with mobile app development services from FuGenX.

How Is UAE Responding To Artificial Intelligence?

June 22, 2020
Posted by : fugenx
0
0
The primary reason why Android could build an identity of its own when the iPhone...