Why Android is the most popular one than other operating systems?

Home › Blog: News & Releases › Blog › Why Android is the most popular one than other operating systems?
Blog
October 26, 2018
Posted by : Namratha
Comments: 0
Likes: 0 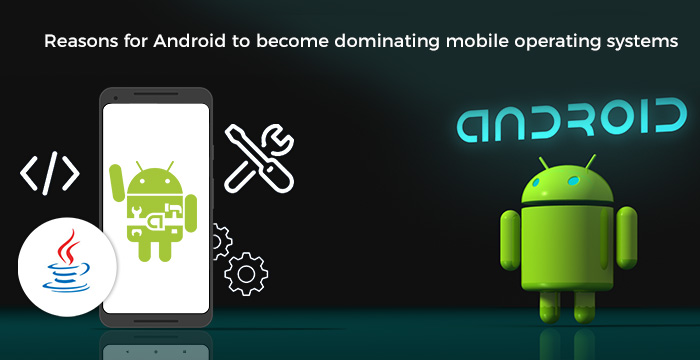 Availability of varieties on the OS platform is the strongest reason for choosing Android. While considering variety, no other platform comes close to Android. Android has provided a comfortable medium for smartphone manufacturers to exhibit their plans. Android allow something compact, or with a huge screen and a rotating screen. Overall, Android offers more flexibility than other platforms.

Android offers developers an open development platforms and allows them to use third-party tools for mobile app development. This helps developers to play around with many features with the functionalities of their app, adding the best features while developing the influential success of the app.

Generally, people love to be free and to be able to make their own decision. Android understands this nature of people so it allows customization. In this many features are just defaults, and can be swapped out for third-party alternatives without any rooting. Allowance of customization is the strongest point to get wide acceptance in the market.

The Android OS is very versatile and it helps app developer to create dynamic apps for multiple purposes. Multi-tasking is available in all smartphone platforms, Android OS do it better than others. Of course, multi-tasking abilities of Android OS creates the problem for developers, it takes a lot of time to learn and understand.

Developers can find the best testing environment on Android OS. And the various testing tool is presented clearly. Developers test their app and test the app is bug-free, before presenting it to the Android Market

Android devices work with all of Google’s products like Google Docs, Gmail, YouTube, Google Music, Google Maps, Google Chrome, Google+ etc. This is a major reason for most users using an android device gives them instant access to all of this important software.

Even though some other operating systems and mobile app development company provide some of these Google services, but the deep level integration is not available. There is hardly no one using a smartphone who doesn’t utilize one or more of Google services. Android allows the user an easy integration and seamless working.

With these so many advantages of Android OS, is any other reason for not being a fan of this. Not only above-mentioned points are limited to benefit of Android OS. Android also offers a variety of custom launchers.