The Potential Impact of Artificial Intelligence in the Middle East 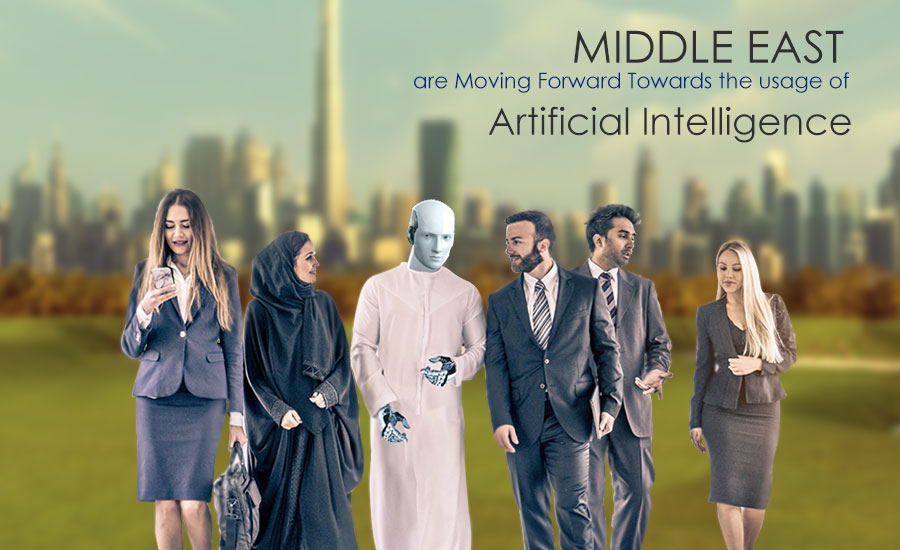 Artificial Intelligence (AI), is expected to create both apprehension and excitement among users. As a result of the fourth industrial revolution, the various organizations and even government in the Middle East are moving forward towards the usage of AI.

AI is penetrating every aspect of business, so all sorts of technology service companies, including mobile app development companies’ focus on artificial intelligence to leverage trends. On the other hand, Artificial Intelligence (AI) turned out to be a controversial technology as well.

Know More: What is UAE’s Strategy to Grow the AI Industry?

Parts of the region have just grasped AI and the new digital age. The growth of spending on AI and Cognitive system in the Middle East and Africa(MENA) regions, is expected to raise from $37.5 million in 2018 to about $100 million by 2021, accounting for about 32% growth rate per year, as per the survive conducted by the International Data Corporation(IDC)

The UAE, Saudi Arabia and Qatar, specifically, have shown strong commitment towards the improvement and usage of AI technologies. These regions are specifically known for investing on new technology, and the point to be noted here is the government itself is the first consumer of these innovations. However, adoption has been slower outside the Gulf economies. The differences in adoption levels are driven by contrasting in, for example, access to skilled labour and infrastructure, key empowering factors for AI development.

The potential for AI adoption varies by industry. Industries like banking and finance, real estate, fashion, mobile app development companies, or any other industry, all industry are likely to get adopted to AI-based predictive analytics because of proven profits on investment, by analyzing what has been done up to a particular point and what needs to be done in order to reap maximum benefits from a process.

Richard Boxshall, senior economist at PwC Middle East, said the effect on productivity alone would be transformed and problematic for region like the Middle East which faces weak productivity levels.

On the other hand, an issue bothering the government is the instability in oil costs which shows a significant damage on the economy. This instability will inturn lead to the need for the government to look for an alternative source for growth and income. Usage of AI technologies in the non-oil sectors will deliberately position the regions in the near future.

As per a report from PwC Middle East, the adoption of AI solutions will increase the UAE’s GDP to $96 billion by 2030. The UAE is followed by Saudi Arabia (12.4 %), except being in front of the GCC- Bahrain, Kuwait, Oman and Qatar- (8.2%) and then Egypt (7.7 %). The finance ($37bn), healthcare ($22bn), and transport and storage ($19bn) sectors will see the greatest development- and they are all essential pinions in the Middle East economic machine.

The UAE and India signed a bilateral Artificial Intelligence Bridge agreement to help government, technology start-ups, academic and industry associations uncover $20 billion of those previously mentioned benefits throughout the next decade. UAE will be the biggest beneficiary from AI in the region, and estimate that AI could contribute up to 13.6 per cent of GDP in 2030.