Top Smartphone Security Threats and how to Deal with them 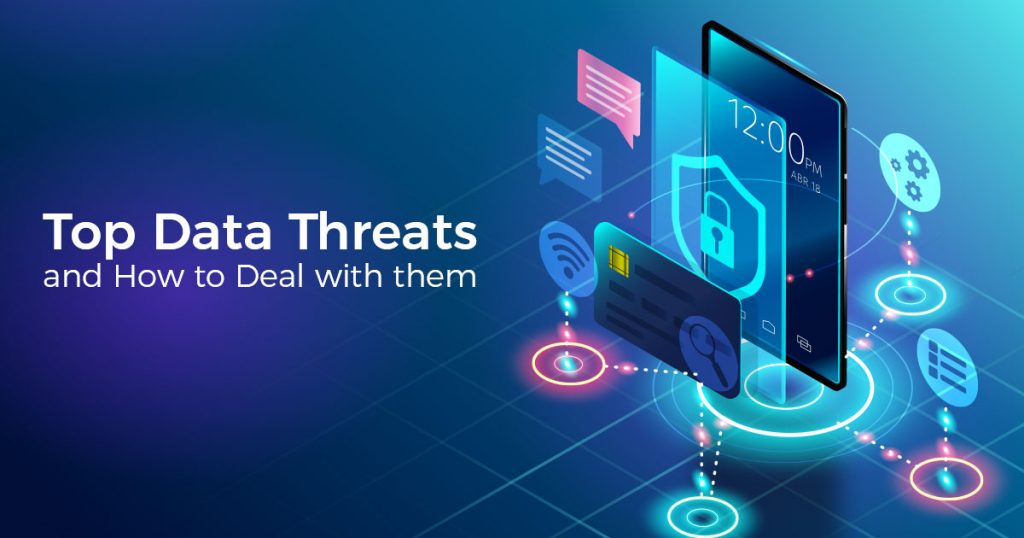 Mobile app development companies are yet not entirely prepared for repercussions of wandering into the digital space, and consequently, the more we move into the digital world, the more we risk losing our real world. And when we say real world, we mean the personal and other forms of data that we generate through mobile apps in our day to day interactions with real world. Not just that, even the professional aspects of life as well have been influenced quite much by the digital revolution, especially since corporations have encouraging Bring Your Own Device (BYOD) policy. But then this personal and professional data that we carry in our devices all the times, are at obvious risks from security threats. Some of the security risks are pretty obvious to cover, but some are not what we usually expect to face.

Data leak or hack attacks are significant threats to our personal data, but then there are some risks that are not even noticeable, but steal or swipe data from phone storage.

There are many ways that hackers adopt to invade our phone’s internal storage to look for personal, media or sensitive information. In this article, let’s take a look at the most common ways security threats that smartphone users face and how they can avoid a security breach in their phones:

When you connect to an unsecured or untrusted WiFi connection, you are indirectly providing the source with an opportunity to access your smartphone. Usually, users in a café, airport or other public places, login to an open WiFi network assuming that the source must be owned by the place they are at. And usually, that is the case. But security breach is not something that you come across every day, and it is very much possible on one bad day. Technically, when you use an open WiFi network, the data that you transmit over the network during chatting, internet banking, emails etc., can always be intercepted and decoded by malicious entity and can be used in accessing sensitive information. Some of the common ways hackers may use WiFi to access your phone are Man-in-the-Middle attack, Side Jacking, and more. An obvious tip to avoid this kind of attack, make sure you connect to only trusted WiFi networks, public or private.

Also Read: Top 10 Threats in Enterprise Mobile Security and How to Mitigate Them

Phishing is another one of the infamous ways in which hackers can fetch much more than your generic data. The security threat level of Phishing depends upon the kind of data the hackers are trying you syphon off your hard disk. Phishing in a general definition is a type of cyber-attack that include an email disguised as something useful to you, so that you are tempted enough to fall for the click bait. Usually, a familiar website is replicated and inserted in the link within the email. The link that you click on takes you to a webpage embedded with a special type of script, coded to steal your credentials.

The best way to avoid phishing is to identify phishing emails. Most phishing emails are usually identifiable. Check for parts in the URL that look extremely fake. For example – if your account is in let’s say, HDFC Bank, and you receive an email with URL something like – [email protected] or [email protected], you can clearly spot how the attacker is trying to get you in confidence by adding the word secure to the URL, just so that you think it is ‘safe’ to click. You may also get a mail that says you have won some reward and in order to claim it, you need to visit the link provided in the mail. So basically, always check the link before you follow it.

There is a reason why Google Play Store and App Store recommend downloading only from them, because you download an app from an external app store, chances are you may unknowingly download an app which is actually a spyware – a type of malware that collects and sends over your personal information to a malicious server.

Here is a graphical representation of what Nokia stated in its malware report 2017.

Some of the apps won’t even ask for permissions and discretely steal data in the background. Recently, a malware called ‘Android trojan’, which is a HiddenMiner malware has been detected, and is infamous for stealing personal data from some of the popular social media and other apps like Facebook Messenger, Skype, WhatsApp and many other apps for communication.

Most of the malware apps are prompt downloads that install the Android Package file on your phone, disguised as the app you were looking to download. So, if you want to take least risk, then do not download from anywhere other than the official application distribution stores. But in case, you want an app that is not available in the mobile applications market, check the filename and download preview before you start installation.

However, the key to avoid these security threats by a clear margin is to check what you are downloading even from the official application stores, as not even the official app stores have a fool-proof strategy to check malware apps. In mid-2017, Google Play Store admitted its inability in handling malware applications and releasing a shocking figure of 21.1 million Android devices being affected by malware apps that were download from Google Play Store. Notably, this one was one of the largest malware outbreak in the world, which surpassed the Google Play Protect. One of the most common malware among the wave was ExpensiveWall which uses user’s SMS and premium services on the phone and worked in background without letting the user know.

Something to be remembered always is that mobile app development is a boon for the digital world, but it is not completely free of negative consequences. Keeping your smartphone safe is not that difficult if you follow the generic instructions and roam too far from what Android and iOS developers suggest i.e download from just the official app stores. Apart from that, another way to keep your smartphone intact from security threats is to not visit website or follow links you do not trust as most of the times, what we authenticate accidentally could cause a lot of damage to our digital privacy.

July 1, 2019
Posted by : Nurus Saba
0
0
Drones are a buzz today, not just in military applications, everywhere, even in scientific, recreational,...