In recent times, mobile application development has become a necessity for business. Due to that, companies are looking for ways to develop a mobile application that is easy to use with a friendly functionality and attractive interface for its users.

How helpful is a mobile app in a growing business?

To do so, there are several hybrid mobile app development frameworks to opt from.

To speak frankly, the type of framework to select depends on the kind of mobile app you want to develop.

To fasten the decision for you, we are providing you with the top 15 hybrid mobile app development frameworks in 2020.

The top-rated frameworks for cross-platform mobile app development services help in developing hybrid apps. The hybrid apps works well on both Android and IOS platforms with no hassle.

Now, let us discuss in detail about each hybrid mobile app development frameworks.

Xamarin was driven in 2011 as a free hybrid app development structure. After that, it was taken over by Microsoft in 2016, along these lines loaning it more validity than ever before.

Xamarin is an open-source platform and one of the hottest tools for building cross-platform/hybrid apps. The application user interface of Xamarin uses native controls on each platform.

Developers can leverage the re-usability of the code for different operating systems, including Android, IOS, Windows, and many more. The apps build using this mobile framework provides native experience and are visually sound.

The ability to reuse the code, functions, and tools makes the process faster that helps in saving a significant amount of time. It has a great base of 1.4 million developer’s community around the globe. 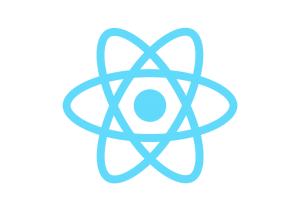 React Native stood in the list of top 15 frameworks for hybrid apps development.

Reactive native is a hybrid mobile app development framework, which was developed by Facebook. This hybrid app framework has taken the market by storm.

The JavaScript framework allows the developers to build hybrid-apps with a minimum amount of development effort.

The application you build with React Native isn’t web apps because this framework uses the same fundamental UI building blocks as regular as Android and IOS apps.

This hybrid framework is not the best option for the beginners as it required advanced JavaScript knowledge, but the benefit is it has a large community that encourages the developers to explore the framework. 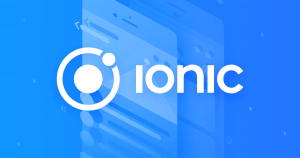 Ionic (Mobile app framework) is similar to other hybrid mobile development platforms. It is also a free and open-source framework. Ionic is a very prominent framework because of which it becomes a preferred choice for most of the developers.

It built on top of Apache Cordova and Angular.js; Ionic app builder provides tools and services for developing hybrid mobile apps with the help of web technologies such as SaaS, CSS, and HTML.

The framework has over 120 native device features like Healthkit, Bluetooth, Finger Print Auth, and more with PhoneGap/Cordova plugins and Typescript extensions.

The full potential of the Ionic framework can be put to use if it is paired up with Angular JS. Moreover, the command line interface is provided with many useful features. 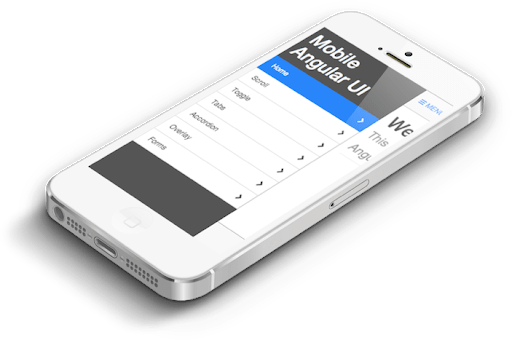 Mobile Angular UI is a hybrid mobile app development framework for the fans of Angular and Bootstrap. It is available as open-source and free to use under MIT license.

With the help of this framework, you will get the best of both the Angular framework and Bootstrap 3 to build HTML5 mobile applications.

It can also be considered as an extension to the existing Bootstrap 3 without dependencies of JQuery or Bootstrap JS libraries. All you need here is to have some AngularJS directives to make awesome mobile apps.

For a pleasant and enhanced mobile experience, this framework comes with overthrow.js and fastclick.js.

No matter what, you cannot skip this exceptional tool (PhoneGap) for hybrid app development form the list.

This best app development software enables users to reuse the code for different platforms and use their existing website development knowledge to fasten the development of building apps that are supported by multiple mobile operating systems.

Knowledge of CSS, JavaScript, and HTML languages is enough to get started with the Cordova PhoneGap app development. So, what are you waiting for? Get on with the Cordova framework and astonish the world with your outstanding publications. 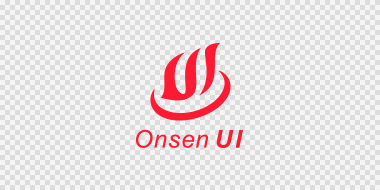 Onsen UI is a relatively new open-source & best UI framework and components for HTML5 hybrid/cross-platform mobile app development, depending on Cordova/PhoneGap. It has a large base of ready to use components.

The mobile app developers can write apps in HTML5 and JavaScript, and it can also be combined with PhoneGap and Cordova to develop the fully-featured app.

This framework is easy to use, flexible, and free as well. The framework has excellent documentation to offer that includes a lot of layouts and examples for the app structures. 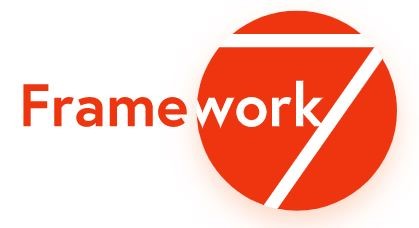 Framework7 is an open-source HTML framework that can be utilized for free by every developer. By using this framework, one can develop a hybrid mobile app for native Android & IOS platforms.

It also used as a prototyping app tool through which you can view a workable app prototype whenever the need arises for demo.

The primary intention of the Framework7 is to develop Android and IOS apps with CSS, HTML, and JavaScript. Consequently, it focuses only on Google material design and IOS to provide simplicity in the app design that gives out the best user experience. 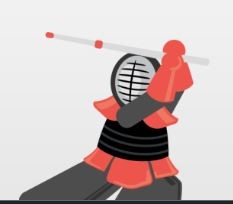 Kendo UI is an HTML5 framework for developing cross-platform apps powered by Telerik. It depends mostly on jQuery and comes filled with more than 70 ready to use jQuery widgets. You can assimilate this framework with the Bootstrap or Angular UI framework too.

It is very much easy to learn when compared with the other app development platforms/frameworks because many developers are acquainted with jQuery.

We all aware that it is a free and open-source framework, but it is slightly restricted in terms of functions to work; you won’t get out-and-out technical support, and some most used widgets are still under a commercial license.

Recommend: How progressive web apps development is better than a native mobile app? 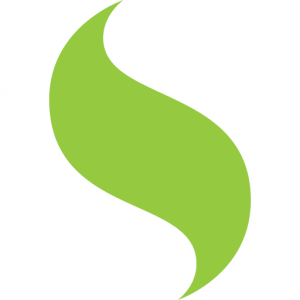 Sencha Touch is a JavaScript framework for developing data-intensive, cross-platform mobile, and web applications for every device in the market. This platform includes more than 115 components like HTML5 calendar, trees, grids, D3 adapter, and many more.

It also includes a flexible layout manager to help organize the display of content and data across devices, browsers, and screen sizes. 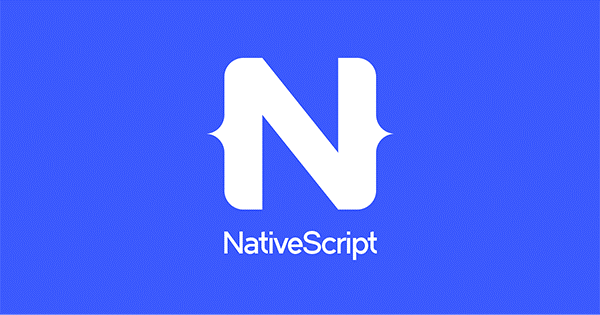 NativeScript originally developed by progress. The Native apps are built using JavaScript, or by using any language that transpiles to JavaScript, like TypeScript, for instance. The framework directly supports both Vue and Angular frameworks through a community-developed plugin.

Mobile apps built with Native Script result in fully native apps, which use the same APIs as if they were developed in Android Studio or Xcode.

The developers can re-purpose third-party libraries from Cocopads, npm.js, maven, and Android Arsenal in their mobile applications without the need for wrappers.

Another important note to remember, Progress Telerik has recommended Jscrambler as the solution of choice to safeguard NativeScript applications. 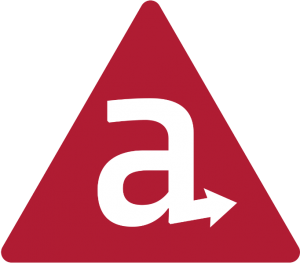 Like other hybrid app development frameworks, it is also a powerful mobile development platform for designing cross-platform apps Android and IOS using a single code. The Titanium SDK is strong enough with all the rapid development features of mobile applications.

Along with that, mobile applications that are created with alloy are always easy to use across various applications, and hence many folds decrease the development time, and so is the number of lines of code to achieve this.

The framework is JavaScript-based SDK with over 5000 APIs for IOS, Android, Windows, and HTML5 allows you to reuse 90% if the code if you are targeting multiple platforms.

Intel XDK comes next in the list of best hybrid mobile app development frameworks. This framework allows a user to develop cross-platform mobile applications for different available stores in the market.

It includes all the services ranging from web services to plugins for rich content, responsive apps, and interactive mobile apps, which are known to run on any device.

In recent times, a framework is well known to help developers with almost every task that is from development to emulation and test to debugging.

JQuery Mobile is an HTML5 based user interface system that is designed to make websites and mobile apps that are manageable on all smartphones, desktop devices, and tablets.

Instead of writing unique applications for each operating system or device, the jQuery mobile framework enables a developer to design a single responsive site or app.

Mobincube is the best choice for the people who want to develop a mobile app but not willing to learn a programming language.

Mobincube is the best potential tool that is accessible to build a native mobile application for IOS, Android, and Windows platforms. The ease of use of this tool is super remarkable with just adding elements and screens; you can develop the core of your app.

This framework allows internet users to create compelling mobile free of cost. With functionality, flexibility, and personalization Mobincube helps best mobile applications, which are compatible with any mobile, and that can be successful across various locations.

It also ensures publishing apps across the Google play store, Apple app store, and many more. 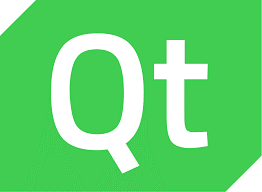 QT is a cross-application SDK that provides cost-effective design, development, and deployment work. Developers can comfortably use QT to deliver the best possible user experience across a wide variety of handheld devices.

This framework is a solution that allows you to connect all the gaps across various platforms and between physical and online experiences.

It also enables you to deploy apps on IOS, Android, and Windows platforms, and it provides the opportunity for contextual and personalized interaction with the users outside of the product itself.

If you are thinking of developing a mobile application, option hybrid model will help you in saving a lot of time & effort and you can reuse the code creating a web application version too.

Of course, this is not an ample list as there is more number of hybrid app development frameworks available in the market.

Hybrid app development is not the picture-perfect solution always, but hybrid apps are the perfect option for building small and mid-size applications.

If you wish to know more exciting trends about hybrid mobile app development frameworks and which framework is most exceptional for your app development, then connect with us.

Our technical team will help you in less turnaround time.